Those who have had the opportunity to travel in Cambodia, have surely had the chance to visit the well-known structures of old markets, railway stations and factories scattered in the urban fabric of major cities. These are places that now belong to the collective identity of the local population, even though they were often originally built during the period of foreign colonization at the beginning of the 21st century or soon after during the first phase of industrialization led by multinational corporations.

Just inside one of these, the Phnom Penh Royal Railway Station Factory, newly renovated. Metaestetica Lab has set up an installation including 4 photographs, that let us discover a surprising reinterpretation.

Initially, many of us will recognize the places, given their notoriety: the Phnom Penh Central Market, the Kampot Old Market, the Battambang Central Market, and, as already mentioned, the Phnom Penh Royal Railway. Upon closer inspection, however, the angle of the shot will not be immediately obvious and the density of details captured within each photo will appear unusual.No, you are not wrong!

Actually, the images shown were obtained by copying, mirroring, and rotating several times a portion of a photograph taken with a smartphone by the author, Carlo Santoro, using simple software available among the photo editing applications. The compositional process is similar to the game of reflections in an ancient kaleidoscope, embraced more recently by photographers, or even bloggers, who have ventured into the production of patterns or more sophisticated forms of digital art. The hyper-ambiguity of the images, however, does not leave us though we have now understood the procedure with which they were made. 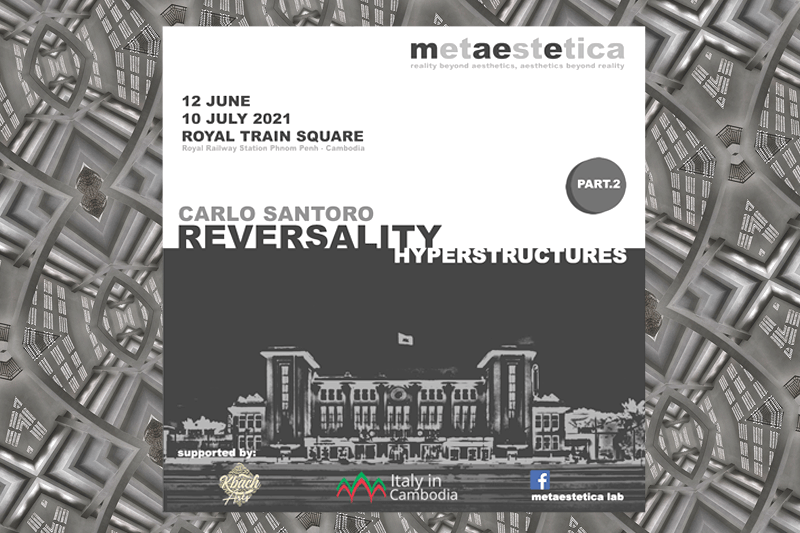