“Walking around” Cambodia through top 5 movies before visiting!

Today, we will introduce to you special movies and documentaries about culture, history as well as Cambodian people.

In the context of this pandemic, when you cannot travel to another country, which means tourist destinations are closed, “small-screen travel” is considered an interesting idea to bring you to new lands. Today, we will introduce to you special movies and documentaries about culture, history as well as Cambodian people.

The film is based on the autobiography of the Cambodian human rights activist Loung Ung Jolie, which tells a true story during the Khmer Rouge domination in the country in the 1970s or the genocidal regime Pol Pot.

In addition to recreating a bloody period in the land of  temples with more than 7 million people killed, the film also details the tragic life of a 5-year-old girl named Loung Ung (author of the autobiography). Those are the years that Loung Ung will never forget in her life.

The film is based on a true story that happened to Sydney Schanberg (an American journalist) and Dith Pran (a Cambodian journalist, a guide and an interpreter for Sydney Schanberg). In 1975, the Khmer Rouge marched into the capital, Phnom Penh, and Pran accompanied his family, assisted by Sydney Schanberg, to prepare for an evacuation. However, at the last minute, Sydney Schanberg, with the thought of a journalist’s reporting responsibility, changed his mind and decided to stay. Seeing that, Pran also stayed behind to help. A B52 bomb for some reason fell directly into the small village of Neak Leung. The reporters decided to investigate whether this was just an accident or a deliberate massacre. However, they encountered fierce and confusing resistance from the military. What is the truth behind that massacre? Can they return safely?

Angelina Jolie stars Lara Croft, a beautiful archeologist studying mysterious tombs in Cambodia’s Siem Reap province. This was the first movie to be adapted from the famous game called “Tomb Raider”. Angkor – the last capital of the ancient Khmer empire, many of its famous landmarks are mentioned in the movie, including Angkor Wat (the largest religious monument in the world), Angkor Thom and Ta Prohm .

A River Changes Course is a delicate documentary about a way of life that’s slowly disappearing, yet gives way to nothing new. The film lasted 83 minutes, using beautiful images to connect people to and make them appreciate the beauty of resources. The documentary follows three rural families in Ratanakiri, Kampong Chhnang and Svay Rieng provinces as these families all struggle with their lives resulting from deforestation, depleted fishing and debt. The original film, Kbong Toek Tonle, is about the importance of water in Cambodia and challenges to people for not protecting natural resources.

With a unique film expression through ceramic figures, Rithy Panh decided to transform his childhood on screen as a living proof of the past. The title of the film, “The Missing Picture”, is a picture of his traumatic country, a never-before-recorded picture of the Khmer Rouge period in Cambodia. They added precious documentaries in spite of this period’s pros and cons, beauty and badness, in order to recreate the most authentic experience for viewers to watch and to dive in the culture and the history of the past. The Missing Picture, which won the Un Certain Regard at the 2013 Cannes Film Festival, has not only reminded the Cambodian of a traumatic past but also has brought the history of the country to a wider range of audiences all over the world.

Cambodia has begun to “transform” and put itself in the position of a cinema with competing products at international film festivals, in which Cannes or Busan are examples. Images of historical and cultural relics are portrayed vividly through documentary films as well as movies. After watching all these movies, you will definitely have an enjoyable trip when you arrive in Cambodia. 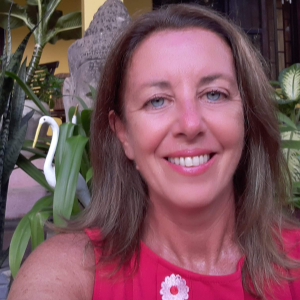 Luisa Gentile is an Italian expat living in Cambodia since 2015. She is the founder of the "Italy in Cambodia" project and is passionate about promoting Italian Excellence and Made in Italy in Cambodia.